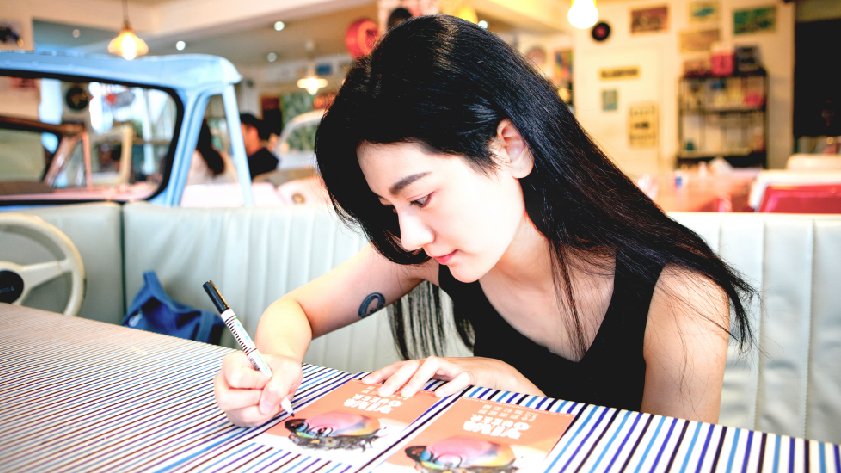 When discussing queer issues, Hsiao Man thought that the general views regarding the queer community is still quite traditional in Asia. However, with the increasing influence of the Internet, and the burgeoning power of love, there is hope to break the general public’s stereotypes of queer peoples. At the same time, Hsiao Man also felt honored to be the nominated as queer correspondent of this year. She thought it was very meaningful to speak up for queer people. Additionally, Hsiao Man mentioned that many good friends around her were queer. "They cherish company with each other. This is a very touching and precious love.

Finally, in promoting the "Viva" spirit, the queer community’s positive contributions to society will be presented and the earnestness in how they live their lives.  TIQFF hopes to bridge the gap between the public and the queer community. Hsiao Man cordially invites friends who are unfamiliar with queer issues to come to the 5th TIQFF to open their minds and be moved by the life stories. Love thaws everything; and love triumphs over everything. In addition, she especially noted that she would attend relevant activities of TIQFF if she was available. So, anyone who wants to watch movies with Hsiao Man in the theater, don’t miss it!

The series of activities for 2018 TIQFF has already begun. In mid-July, the festival ambassador will be announced. On July 21st, tickets will be available online. On August 24th, the opening ceremony will be in Taipei. Please stay updated for more movie introductions, attendance filmmakers, tickets, gifts, guides, etc.