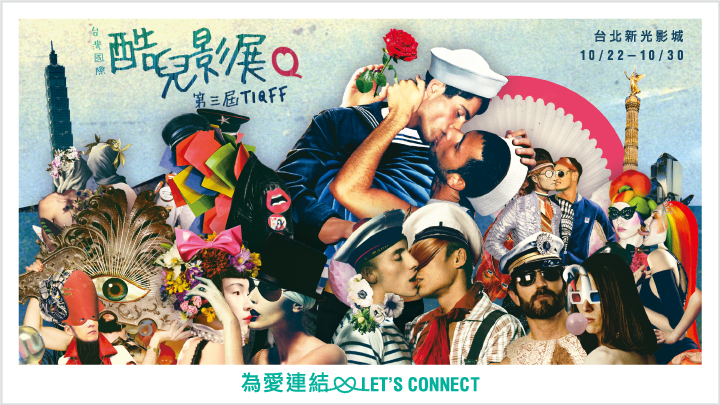 The 3rd Taiwan International Queer Film Festival revealed the key art by visual artist Chan Raintree.  Chan shared the idea behind his design, saying: “I reinterpreted the iconic “V-J Day in Times Square” photo and made a collage based on the reimagination of it in modern times.  I hope the design helps communicate that all love deserves to be seen and to be celebrated.” 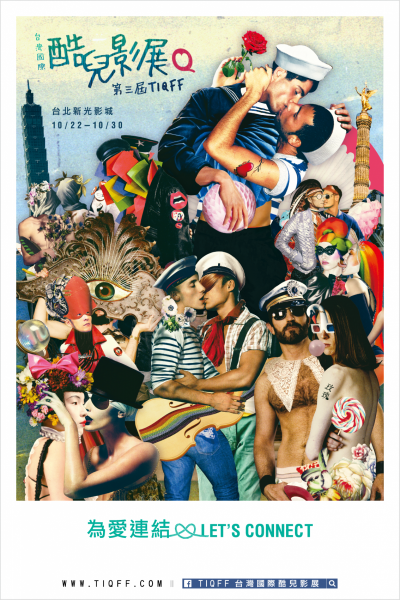 Two special guests Ray Chang and Eve Ai were there to help unveil the key art.

Singer-songwriter Eve Ai has been a longtime supporter of LGBT rights.  She speaks about the issue at performances and on social media and she tries to put positive messages in her songs to encourage her LGBT friends. “I will continue to write songs about love and equality and one day I want to write a song for all my LGBT friends to encourage them to love without fear,” said Ai. 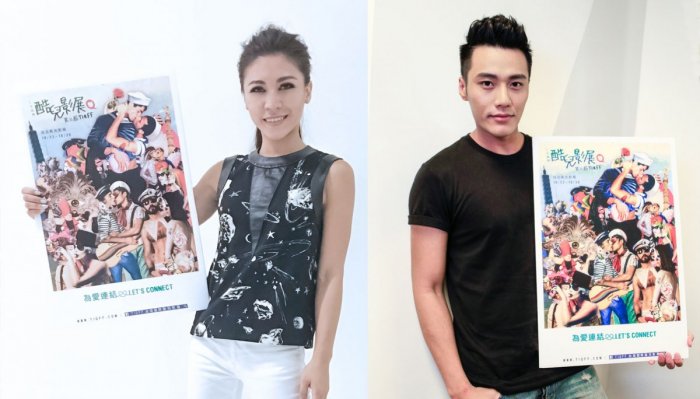 Ray Chang, Golden Horse winning actor who got his breakout role playing a gay character, has been following LGBT films closely.  Among those films, ANY DAY NOW directed by Travis Fine touched Chang so much that he cried.  “Love is not about gender or sex. Let’s embrace love together,” he said.

The 3rd Taiwan International Queer Film Festival runs from October 22 to 30, 2016
Packages are on sale September 24 and individual tickets are on sale October 1.