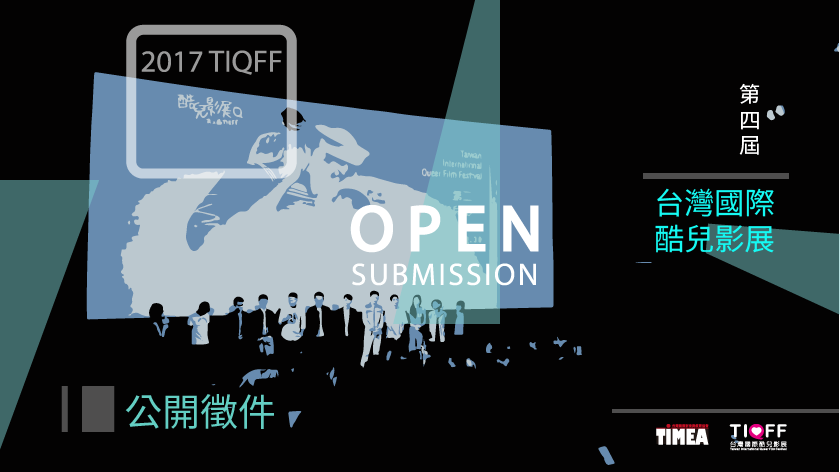 2. The 2017 Taiwan International Queer Film Festival is scheduled from the end of October to mid-November. Post-festival, We will also host single screenings on nationwide tours.

3. TIQFF is now open for submissions. We welcome international and domestic short films, features, documentaries, experimental movies and animations. The films must have been completed after Jan. 1st, 2015.

4. Submitted films can be of any genre or length. The main topic / key message of the film has to be LGBTQI-related. Work-in-progress films will not be accepted. This year’s theme is on “camp”.

5. Feature films can only be screened in DCP or Blu-ray formats. Short films can be sent through a link to a downloadable High Resolution (1920X1080 or higher) version of the movie.

1. Deadline for submissions: May. 31st, 2017. The Festival is not obliged to view any late entries.