Rebels On Pointe  Rebels On Pointe  P
Bobbi Jo Hart
Canada / 2017 / Color / 90mins
Exploring universal themes of identity, dreams, family and love, Rebels on Pointe is the first-ever documentary film celebrating the world famous Les Ballets Trockadero de Monte Carlo. The all male, comic ballet company was founded over 40 years ago on the heels of New York’s Stonewall riots and has a huge cult following around the world. The film juxtaposes behind-the- scenes access, rich archives and history, intimate character-driven stories, and amazing dance performances shot in North America, Europe and Japan. Rebels on Pointe is a creative blend of gender, diversity, passion and purpose. A story which ultimately proves that a ballerina is not only a woman dancing — but an act of revolution in a tutu. 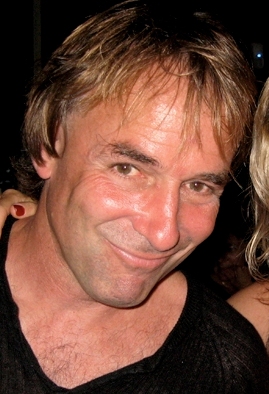 Robbie Hart has been producing and directing award winning,  international documentaries
since 1986.   He has over 60 documentary films to his credit and has directed throughout

Europe, Asia, Africa, Latin America, the United States and the Caribbean.  He has also made several highly acclaimed films in his hometown of Montreal, Québec as well as others across Canada.   Documentary series, one offs, feature docs, theatrical releases and international distribution have all been a part of the storied 30 year history of the company he founded,
Adobe Productions International.