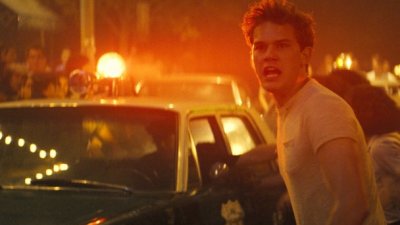 The gay rights drama “Stonewall” takes us back to 1969 to New York’s Greenwich Village, where a police raid on Stonewall Inn ignites a riot and a crusade for gay rights. Danny Winters is a young man newly acquainted to New York after recognizing himself as a gay man. He joins the crowd at Stonewall Inn, the prominent hang-out of the local queer culture. There he witnesses passion and activism, but also corruption and violence. The film is directed by Roland Emmerich ("White House Down", 2013) and features Jonathan Rhys Meyers, Jeremy Irvine, and Ron Perlman.