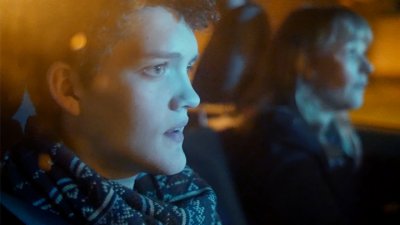 This evening he’s introduced his boyfriend to his mum and later kissed him passionately goodbye in the car. He’s fortunate to have such an open-minded mother. But she thinks it’s best that he doesn’t tell his father yet. And he certainly shouldn’t make it known in public that he’s gay.